Oxfordshire U18 v Hampshire U18 Report and Highlights 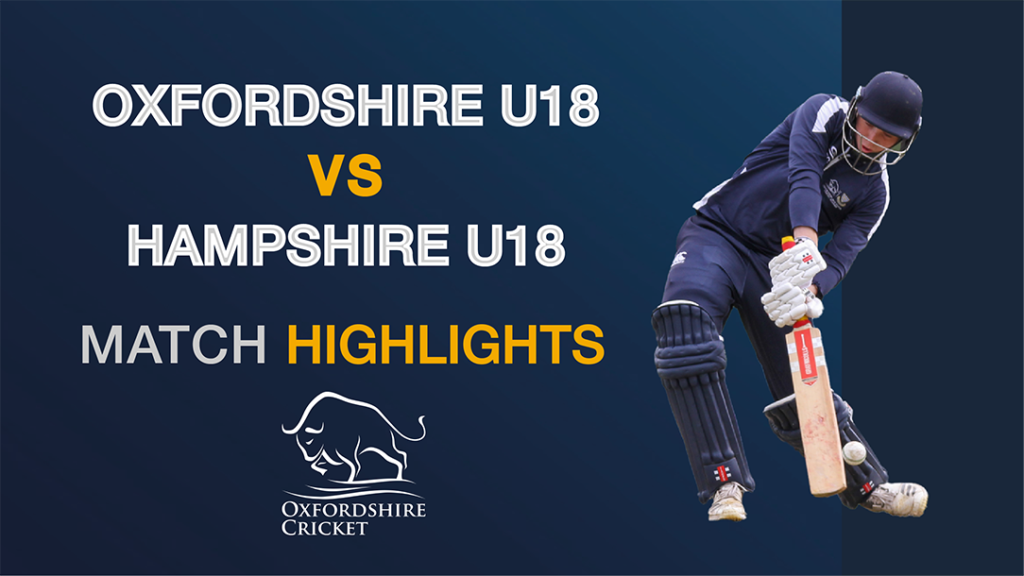 A batting collapse cost Oxfordshire Under 18s dearly as they narrowly lost to Hampshire in their first Royal London U18 Cup match of the season at Didcot Cricket Club.

After winning the toss and opting to bat first, Oxfordshire were in good shape having built a solid platform at 118-2.

But after the drinks break, Oxfordshire subsided to 152 all out, losing eight wickets for just 34 runs.

It had all looked positive for Oxfordshire as Freddie Smith (49) and Zach Lion-Cachet (41) laid a good foundation.

But when Smith fell, there commenced a steady clatter of wickets, with only Ali Short and Alfie Turner getting into double figures.

A combination of good bowling, particularly from Hampshire’s left-arm spinner Freddie Gadd, who finished with 5-28, and some poor shot selection, saw Oxfordshire subside to what appeared a well-below par total.

They committed the cardinal sin of failing to bat their 50 overs – a fact that proved very costly in the end.

In Hampshire’s reply, Oxfordshire got off to a brilliant start as they looked to haul themselves back into the game.

They reduced the visitors to 35-4, Zac Wilton the pick of the seamers with 2-16 and leg-spinner Tristan Rossouw also bowling well, finishing with 3-23 from ten economical overs.

An 85-run stand for the fifth wicket proved crucial for the visitors as captain Joseph Eckland (45) and Luke Webster (41) got Hampshire within touching distance of the target.

But when they both fell in quick succession to Bishal Bidduth and Ethan Davie respectively, Oxfordshire sensed a chance of pulling off an unlikely victory.

But Hampshire held their nerve to squeeze home at 156-8 with more than seven overs to spare.

So, a disappointing result, failing to bat the overs proving immensely costly, but an encouraging fightback in the field showed Oxfordshire have the ability to compete at this level.