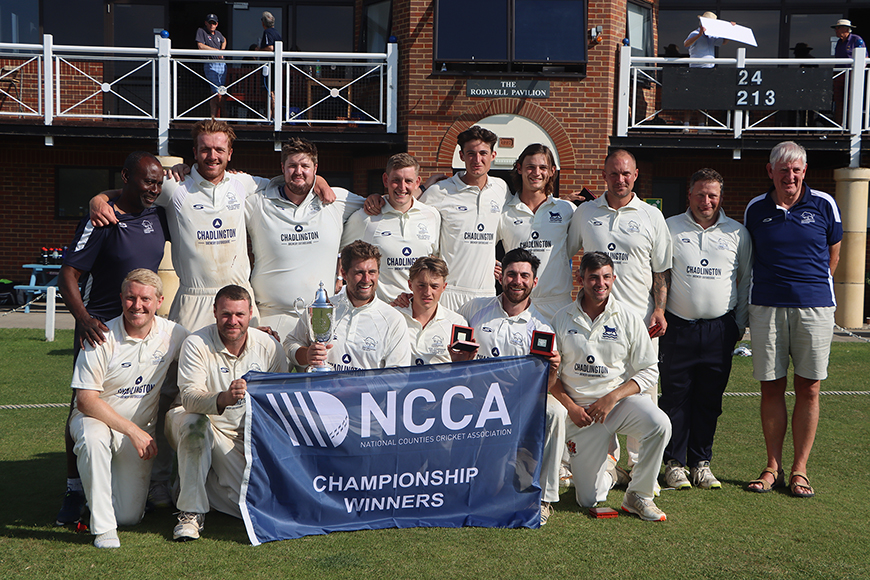 Oxfordshire are the 2021 NCCA Championship winners after defeating Suffolk by 178 runs yesterday.

Needing another 334 runs for victory, Suffolk took the score along to 58 before Olly Clarke castled Kyran Young.

Olly Clarke then combined with skipper Jonny Cater to remove Joe Gatting, stumped, as Suffolk left the field for lunch at 106 for 5.

By drinks in the second session, Suffolk were hanging on at 146 for 7 as Jacob Marston reached his half-century. Ben Shepperson (32), was then bowled by George Tait, and Josh Cantrell, trapped in front by Max Mannering just one run later.

Marston finally departed for 61, another victim to Clarke, who then found the edge of Adam Mansfield’s bat. Gareth Andrew’s catch giving Clarke his fourth wicket.

Clarke finishing with figures of five for 59 from his 24.1 overs as Suffolk were dismissed for 168.

This is Oxfordshire’s first title since 1989. It now sees coach Rupert Evans win the championship as both a coach and a player. Evans and Cater both spoke to BBC Radio Oxford following the victory.

Following the match, Gareth Andrew announced his retirement after four years with Oxfordshire. He spoke to BBC’s Ross Heaton