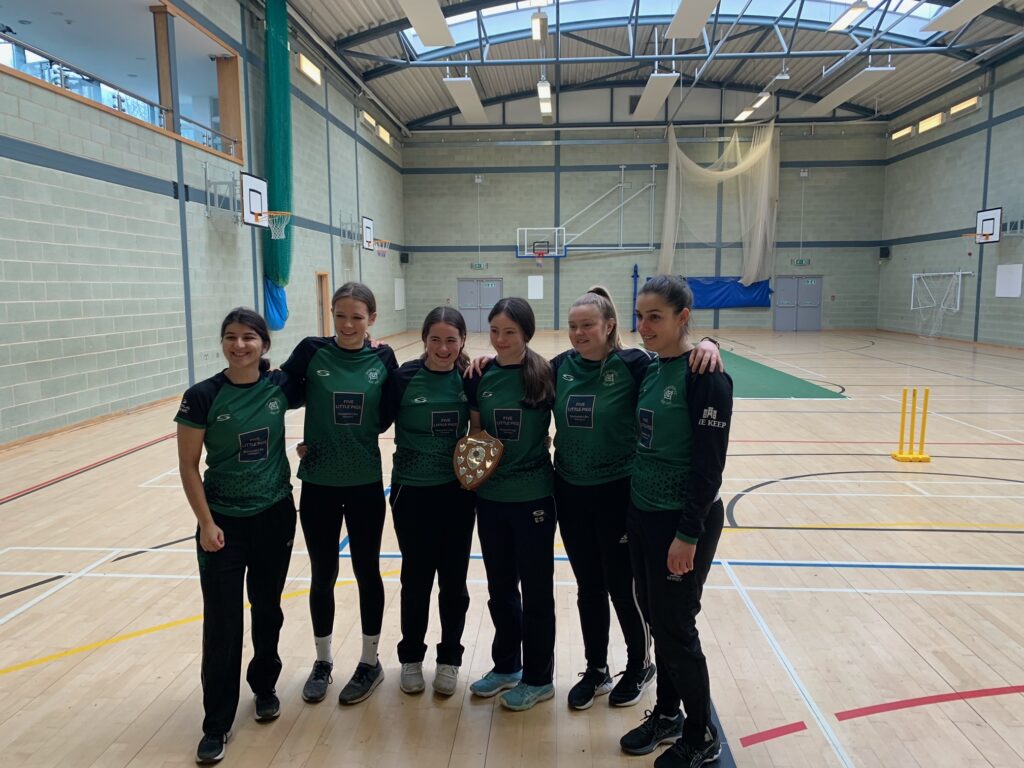 Moreton secured the 2021/22 indoor league undefeated having won all their games. They used 13 different players over the 6 matches and crucially were never a player short (well done their Manager !). On average they lost only 2 wickets per game over their 6 matches, scored the most amount of 6s. Lucy Johnson picked up an impressive hattrick in the final game v Thame (all bowled). They also posted the highest net score of 190 v Oxenford on the 27th Nov.

The tournament saw 7 teams enter, Moreton, Banbury, Thame, Eynsham, Oxenford, Horspath and a mix of Charlbury, West Ilsley and Oxford made up an All-Stars Team.

Moreton won the title with a 100% record but it went down to the last weekend to confirm it as Banbury were chasing them down and still had an outside chance of the title. It wasn’t to be and Moreton proved too strong overall, Banbury having to settle for runners up, having lost one game all tournament, to the champions.

All-Stars sneaked into 3rd courtesy of better runs and wickets average. Jess Warren put in a particularly outstanding display in-game week 5 when she took a 5 wicket haul in her two overs.

Thame finished in 4th and level on points with All-Stars but a heavy defeat to Moreton on the final day saw their runs and wickets average take a tumble.

The final three places were occupied by Horspath, Eynsham and Oxenford. While Oxenford finished bottom, they introduced some new players to the game and they did take plenty of wickets, but found runs hard to come by. It was good to see the progress over the course of the season.

In October we will look to launch another indoor league and will hopefully gain more entries so we can split into two divisions. If you want to register your interest for the next season of the Women’s Indoor League then please email ewilson@oxoncb.com

A special thank you to all the teams that took part in this years league, and we hope to see you all take part next winter.