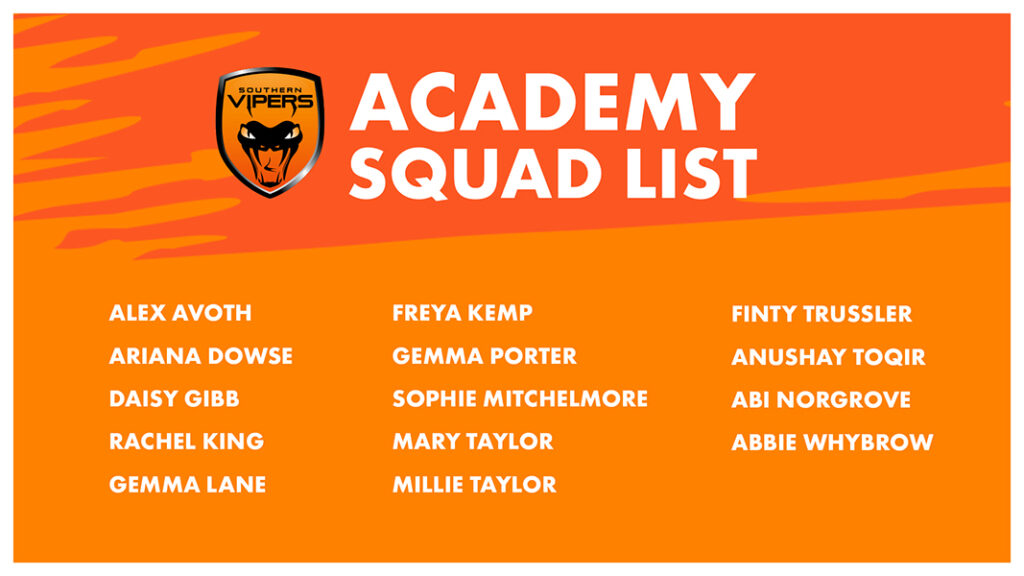 Oxfordshire Cricket is delighted to announce that Abi Norgrove has been selected onto the Vipers Academy for 2021.

Abi’s has been a prominent feature within the Pathway, with her development journey to date seeing her represent all of the Girls Pathway squads. Abi has transitioned quickly through the Pathway, regularly playing above her age group, whilst at the same time progressing her game and maintaining performance outcomes on the field.

At club level, she has played for Charlbury women’s and girls teams in 2018, 19 & 20. She played Saturday league cricket at Charlbury in 2019 and then moved back to Shipton Under Wychwood for the 2020 season. Prior to 2018 she was playing youth cricket at Shipton under Wychwood but moved to Charlbury to play in the women’s.

In recent years, she has continued to impress, which has led to her being selected to represent the County Women side. 2020, saw the teenager play an important role for the County Women, where she helped guide Oxfordshire to victory with an unbeaten 50 to secure a nine-wicket win over Berkshire.

She will now go onto attend Vipers Academy sessions which will take form in the shape of a twelve-month training program, which will also consist of being involved in 50 over and t20 competitions.

“Abi and her family should be immensely proud that she has been rewarded with a place in the Southern Vipers Academy this year, which is testament to her dedication over time and their ongoing encouragement, sacrifice and support.

It is an exciting time to be an aspiring female player with now formed regional models providing a clearer path into the professional game for Women and Girls across the Country. Abi’s selection onto the Southern Vipers Academy is the first step on this journey and one that she should very much look forward to.

I speak on behalf of everyone at Oxfordshire Cricket in congratulating Abi on her selection and in wishing her the best of luck with the opportunities that she will be afforded within the Academy.”

Ian Cox, Senior Regional Talent Manager said:
“At such a young age, Abi really impressed in not just her cricketing abilities but also how she embraced the whole assessment process, everybody involved at the Southern Vipers are extremely excited to be working with Abi and all the other cohorts in the new Regional Academy program”

Abi Norgrove said:
“I am thrilled to have been selected for the Vipers Academy and I am really looking forward to the season ahead. I am very grateful to have been given this opportunity”.