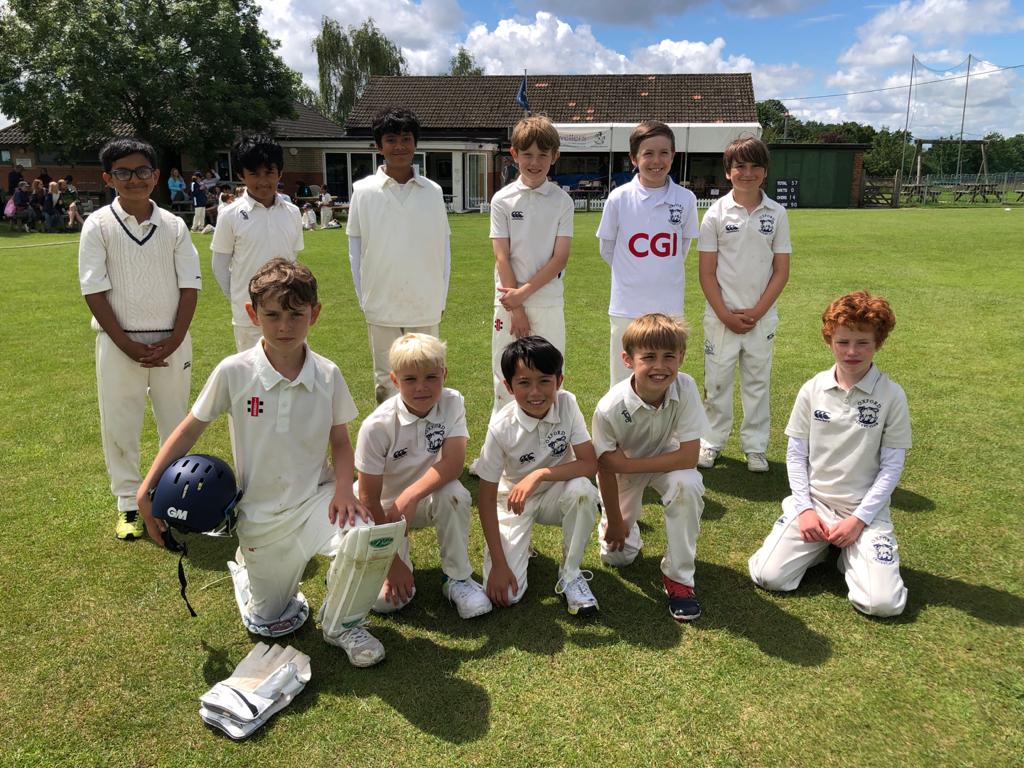 13/08/2021 by Nick Pinhol
Oxford CC U11s won a very tight pool winning 6 out of their 8 fixtures and had a number of close matches during the season. With most of the squad in the U10 age bracket (or in some cases even younger) they were nearly all new to hardball cricket and they adapted very quickly to the new demands required of them. The depth of our bowling was a particular strength and we were regularly able to use 8 bowlers in each match. Leading wicket takers were Joe Joyce, Fabian Hurt, Mustafa Shah, Dara Bannerman and Arthur Stewart. Meanwhile, Dylan Parkinson, Cole Parekh, Xander Smith, Charlie Esiri and Cameron Clarke led the way with the bat. Angus Barnard had a great first season with the gloves claiming 6 victims and scoring important runs at the top of the order. It was an enjoyable season and the team ethic in the squad will serve them well next summer.
Back